After a dozen years of having lost my soul mate at age 46 and being alone since, I decided, several years back, to take the ‘bull by the horn’ and mustered up enough courage to travel solo.  I am not one to travel with a group or go on cruises-Ms. Independent, for sure!

I had traveled with my family of four, then a family of three(the kids and I), and I was always the one to plan and execute the trips (Indonesia, India, New Zealand, Spain, Portugal, UK and of course, within the US).

A very old and small covered bridge in Vermont 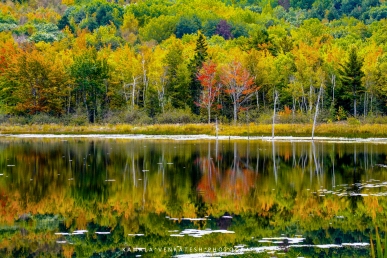 The colors were in full force, a beautiful reflection in the lake. This was in Acadia National Park, Maine

It was a most fantastic trip…Niagara Falls was just beautiful and breath-taking.  I lamented to the reservation person in the Marriott that this is a trip I should have taken with my love-my husband.  And to my surprise, Marriott is such a big chain of hotels, they had a bottle of wine and a huge plate of goodies waiting for me in my room with this note.  I was overwhelmed with their thoughtfullness, kindness and generosity!

After several days in Niagara, I drove across NY to get to a place called Geneva, at the north end of Lake Seneca.  This area is called the Finger Lakes Region…beautiful countryside, plenty of lakes, boating, fishing, wine tasting, etc.  I stayed in a 3 BR/2BA cabin far away from humanity and called my son to tell him I was scared to stay there.  He assured me that no one was going to come in the middle of nowhere to harm me! But it was one of the most beautiful spots that I have ever stayed surrounded by corn fields and forests.

At the south end of Lake Seneca lies the Watkins Glen State Park. Beautiful hikes, water falls galore, stone bridges, and plenty of vegetation.  A very interesting place, did not want to leave!  I also drove and stayed in Ithaca, which lies at the southmost tip of Lake Cayuga where the campus of Cornell is located.  It was dejavu as they say, brought back so many memories!  I sailed on Lake Seneca in a schooner, hiked in a three other state parks, the Letchworth, the Robert Treman and the Buttermilk Falls. I was blessed to have beautiful weather and the best times! 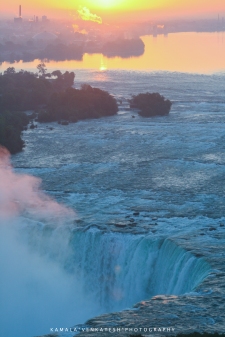 In Kerala, I had the opportunity to stay on a river boat for a day/night.  It is undescribably beautiful.  Dinner and breakfast cooked for me and me alone-actually my sister-in-law accompanied!  We took a boat ride on the river Poovar, a bird sanctuary of sorts and say dozens of different species of birds…all the while me turning my camera to capture them.  The call of the birds on the quiet of the river, was music to the ears!  The mongroves were lush and beautiful…very tropical. With that came the heat and humidity!  We also stayed in Hotel Leela in Kovalam, a resort of sorts, a home of some marvelous beaches.  Our room was on the edge of a cliff overlooking the Bay of Bengal.  Visited many Hindu temples-centuries old and just works of great architecture and art.

Our trip also took us to Tamil Nadu…a state which extends from the east to the south. The tip of India (state of TN) is called Kanyakumari.  Here three bodies of water meet-The Arabian Sea to the west, the Bay of Bengal to the east, and the mighty Indian Ocean to the south. Beautiful sunrises and sunsets over the bodies of water. The trip also took us to the mountain resort of Munnar…in the east side of the state. Tea plantations covered the whole area and we went up to the top in a hired open jeep-what an exciting ride offering beautiful views of miles and miles of green plantations.

***Please look at my other travel blogs(coming soon)